Can I be honest for just a minute? I am talking about being brutally honest and pulling no punches. If this corona virus has taught us anything, it has taught us that we are surrounded by ego maniacal, delusional, narcissistic assholes. There really is no other way to put it that does justice to the level of dysfunction in this country from the White House to the last hillbilly loading his weapons and heading to their Statehouse wearing a mask because they are a curious blend of bravado and cowardice.

You see, normal healthy individuals don’t just decide they don’t give a care about other

people’s health and lives, knowingly putting them in jeopardy. Make no mistake about it, that’s exactly what these assholes are doing. They have been presented with the evidence repeatedly yet they choose to ignore it. Healthy, psychologically intact people simply don’t do that. If you need more evidence for the large number of narcissists among us, just look at the ratings of Fox News. Despite encouraging their own employees to do the right things – social distance, stay at home if they are sick, frequent hand washing – their personality-less personalities go on the air and preach the exact opposite. Significantly, their narcissistic audience responds in an overwhelmingly positive fashion. Why? Well, because they are narcissists for whom facts don’t apply. They are people who honestly believe that whatever little nonsense bangs around their twisted

Some well meaning but blissfully ignorant people tell us we need to heal the political divide in America. They say we can’t go on with the status quo, but anyone who was raised by a narcissist or married to one knows that they aren’t interested in coming to an understanding but rather expect the world to see the brilliance of their bullshit and fall in line. Much like trying to debate a drunk, trying to reconcile with a narcissist is a fool’s errand. Absent extensive psychological intervention, they aren’t going to be able to change, much less be interested in changing. Instead of trying to rope the wind, what those of us who have contact with reality need to do is mobilize. We need to mobilize to get out the vote, mobilize to pressure our elected officials to make responsible decisions rather than pander to narcissists, and actively protests those individuals and companies that do not comply. It is the only way we will ever see change.

So declared the man on the other side of the gas pump last night. The amount represented at least a twenty cent increase from the day before. It was late, and although I am usually more diplomatic than this I responded, “Assassination is expensive!” He looked rather shocked, and I surmised that we didn’t share the same political perspective – or the same perspective on reality. I wished him well and put my hose away.

One of the key principles of Buddhism is known as dependent co-arising. It’s the idea that everything that happens is caused by a number of other factors. On a simple level, when you plant seeds in the ground in the spring they will need good soil, rain, and sunshine in the right amounts for the seed to grow. If you reverse the process, you can surmise that if you water good soil and the sun shines on it, if there is anything in the soil waiting to grow, it will. This is the origin of the weeds that cause people like me to stop gardening!

Whether we are national leaders or just trying to manage our lives, we need to recognize

that everything we do has a kind of ripple effect and generates consequences. Let your dog crap on the neighbors lawn and the odds are you won’t have a friendly relationship with that neighbor. Parking your car in front of your neighbor’s garage will have the same effect. Grab women by their genitals and you might end up being President of the United States. These things don’t always make a whole lot of sense, but we do know without a doubt that since none of us lives in a vacuum, actions do have consequences – intended and otherwise.

Before we act, and before we support potential actions of our leaders, we should consider the realities of dependent co-arising. Oh, and gas at that same station today is $2.35, reminding us of another truth of Buddhism – Impermanence.

If you want your circumstances to change, you are going to have to take the first step and change how you relate and react to what is happening. If you are not willing to do that, the only one you have to blame is yourself. Nothing can change if everything stays the same.

I have noticed that, quite often, when an organization determines that a certain course of action is the right course of action their next step is to enter into a long process to determine how to best implement that course of action. What they really seem to be doing is determining how to implement their decision in the way that will create the least amount of public relations damage possible. While I agree with the old adage that fools rush in where angels fear to tread, there are some problems that require action sooner rather than later. If your house catches fire, you want the fire department to arrive as soon as they can rather than wait until they determine the route that will offend the fewest people with their sirens and horns. The humanitarian crisis at our borders is a house on fire, but the issue is being referred to committees at a frantic pace. 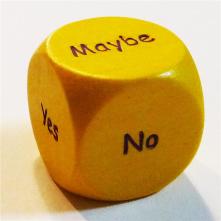 I understand that everybody wants to afford everybody else the illusion of empowerment (God help us all), but in some situations the reason we have placed leaders in  position is to take action while some well meaning soul forms committees in hopes that nobody gets offended. We have so battered many of our leaders that they are afraid to take action because they don’t want to weather the second guesses of their constituents, and so they fail to take action when required. We have a lot of damage to repair!

We might start that repair by learning to trust our gut. I believe there are many ways in which we communicate with one another that we can’t see or measure, but they exist nevertheless. Whether we call it intuition, a hunch, or trusting our gut, we respond to that information that is subtly communicated. How many times have each of us ignored our hunches only to later discover we should have listened to them? Sometimes we just need to take action. If we lose our position for doing the right thing, or the best thing we could, we need to ask ourselves if we would have wanted to remain in a place that confuses popularity with right action. I hope not.

The problem with how most people approach scripture and other mythical stories is perhaps best illustrated in the clip below from The Bird Cage.

Anyone can read a selection from any written account and parrot back what the action was in the story. The problem is that action doesn’t always convey the meaning that lies underneath it. The dancer in the above clip interprets standing still to be standing “like an idiot.” Armand tries to convey the meaning under the action – the excitement of Martha Graham, Madonna, or others.

If you want to understand mythology, it’s not enough to describe the action because the meaning lies under the action. For example, the Christian scriptures tell us that when Jesus was crucified there was an earthquake. If you understand this to be a description of a geological event, you miss the point. What the writer is trying to say, at the very least, is that this was an Earth shaking and shattering event. The problem with literal misinterpretation is that, by remaining on the surface of the account, truth hinges on whether or not the superficial event actually happened – and the point of the story is lost.

To do this work takes time, and we have to sit with whatever scripture we are studying as we would a poem or a painting. It will reveal its meaning to us when we are ready, and not a moment before.