I read an article the other day that reported the late Jean Vanier, founder of L’Arche International communities for the cognitively disabled, has been accused by five adult women of sexual misconduct in that he had what they describe as coercive sexual

relationships. Prior to these revelations, he was considered a solid candidate for sainthood. Since the revelations, quite the opposite has happened, with organizations falling over themselves to retract awards and recognition granted him during his life for the work he had done. The author of the article said that Vanier had been a hero to him, but now he had to change his mind about Vanier’s hero status. This raises several questions for me, none of which are new.

The first question I have is, “how shall we define a hero?” I grew up thinking that a hero was someone we admire because of some example they set. If I had to gauge today’s definition of a hero, I would say that a hero is someone who is seen to be perfect, flawless not only in their area of expertise but in all areas. They must never have passed gas in church, had a relationship end badly, not kept a promise even if through no fault of their own. In short, they must be everything we are not. That is impossible for any human being, and so when we define our heroes that way and place them on a pedestal we will eventually have to take them off the pedestal and destroy that pedestal in a very painful public ceremony. I do, not believe such falls from grace serve any of us well.

I am not making excuses for sexual misconduct of any sort. I would just caution us that we all have likely made choices in our dating lives that we later elected not to repeat. I believe the vast majority of males over the age of fifty have said things to prospective partners that were acceptable in their time but by today’s standards are not. We must always err on the side of believing those who report abuse. We must also display compassion toward the accused, especially when the relationships in question did not involve minors. Adults who act out most often have been victims at some point in their lives, and if we run about chopping off heads we will behead victims as well as perpetrators.

The question I keep coming back to is, “why we find it necessary to dismiss every good thing 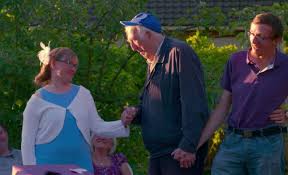 someone did when we discover they may have done something wrong, too?” I feel that how we treat those who have transgressed depends on the nature and number of their transgressions, and so some people have clearly crossed a line from which their is no return. That being said, if our standard is to be that those we admire must be perfect then the days of admiration are long dead.

We also need to discuss how we are to deal with the work that the accused have done. If someone were to cure cancer or AIDS tomorrow and then next week be accused of some sort of sexual misconduct, would we refuse to use the treatment they discovered? I hope not, but I hold that hope with very little certainty. Surely no reasonable person would argue that the L’Arche organization should be disbanded, especially since Vanier’s alleged transgressions occurred outside that community – but that doesn’t mean some won’t call for precisely that. At what point does someone’s misdeed mean that everything they ever said or did must be discarded? I’m not sure there is a hard and fast answer to that question, but that doesn’t mean we shouldn’t be talking about it.