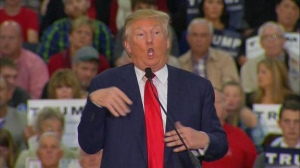 Life is cheap when a President can decide to kill a member of another nation’s military solely because it would make a nice distraction from his own unacceptable behavior. What’s more, he can violate the sovereignty of a third nation to do his murder because, well, he can get away with it. He can worry about manufacturing reasons after the fact. Then when that second nation shoots down a passenger jet from a fourth nation allegedly because it mistook that passenger jet for a drone from the First Nation, it apparently becomes a way too complex moral question to suggest that the blame for that lies squarely on the orange head of the President who started this whole chain of events. The reason that it is too complex is that we have become moral midgets.