I don’t think women do this, but I could be wrong. Women hardly ever invite me to eavesdrop on their conversations about sex. Dammit. Some men do this, however, and it’s them I would like to discuss today. You women can listen in, I don’t mind. 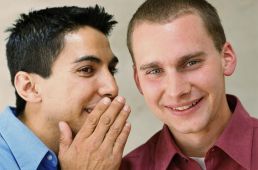 There are two versions of this practice that break down along sexual orientation lines. Gay and bisexual men will tend to tell stories about straight, or at least publicly straight, men who tried to have sex with them, but they declined. Straight men will claim that they had sex with a woman known to those present for discussion. Perhaps Dice Clay parodied this nonsense best when he joked, “Mother Goose? I fucked her!”

Whether any of these claims are true, and I suspect most of them are not, doesn’t make a 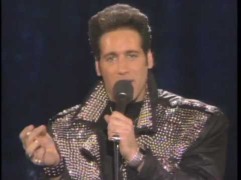 bit of difference. The very fact that the claims are made reveals quite a bit about the claimant, and the revelation is not flattering. There is no healthy, mature motivation for one person to share stories of sexual conquest or continence with another. It’s even worse when the story telling occurs in a group context.

In a day in which American sexual understanding and ethics have never been worse, and it seems there is no shortage of people looking to blow up the reputations of select others on rumor alone (e.g. Rep. Katie Hill), we need to see those who recklessly share self serving accounts of their own sexual behavior for the irresponsible, immature people they are. We also need to steer clear lest we become the subject of their next set of fictions.