When I was a kid, which I must now confess was a few decades ago, We were taught things like debate, argumentation, and persuasive writing. Those things have gradually disappeared from schools in America, and the result is plain to see. Quite simply, we no longer know how to construct an argument and we no longer are embarrassed if we are dishonest in our attempts to do so. This is as true in the private sector as the public. 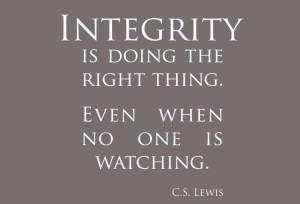 I was sent a theological paper a few days ago that was an excellent example of this. It was filled with short quotes from the individual it criticized, taken out of context, while accusing him of taking things out of context. The author obviously hadn’t done a good job of researching her “opponent,” because she accused him of “making up” ideas that have been existence for over one thousand years. The list went on and on. When I learned how to construct arguments and write papers, my teachers would have given this paper an “F” and its author would have hung her head in shame. The fact that the kinds of teachers who taught us these important skills no longer exist is glaringly obvious, the impact on our communication abilities and public discourse beyond obvious.

We have come to believe that knowing facts, mostly in the hard sciences, is much more important that being able to communicate them effectively. What we say and how we say it matters. In fact, it matters more than whether or not we win an argument because it speaks to a much more fundamental and important value, our integrity. It is much more important to be able to live with ourselves than to accumulate victories.  If you doubt that, just ask Charlie Sheen.