Billy Joel was right, not only about love but also about spiritual and religious circles – though he may not have had that in mind when he wrote his song. 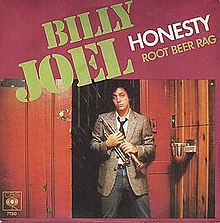 blatant dishonesty about the ideas and even the integrity of other teachers and preachers. If you run in the motivational speaker/Chicken Soup book circles, the odds are you do nothing but heap praise on others in those circles. According to these folks, everyone is wonderful at everything they do. Indeed, some of them are. Others mostly push content that is rather vacuous, largely rehashed and diluted ideas from long ago. The problem is that when everyone says everything is wonderful, people tend to believe them and go out an spend their hard earned money on books and conferences that are largely newage.

In Evangelical circles, particularly the Jim Bakker/Jimmy Swaggert circles, the same sort of things happen on a regular basis. I have seen it for myself. Almost every one of these high profile organizations gets hit with a scandal sooner or later, and they run to each other’s defense – especially if the person currently in the fire stood behind others when they were in the fire. I have witnessed these discussions. The problem here is even worse than it is in newage circles, because quite often what is being covered up and dismissed is serious misconduct that is abusive toward those the offender is supposed to be serving. If you think that only the large denominations traffic in cover ups, you are fooling yourself.

What we need in all corners of our world is a lot more honesty, no matter what the consequences may be. This may cause some sort term discomfort, but it will protect people from getting hurt by the unqualified and disqualified charlatans posing as authentic teachers and leaders. Imagine what might happen if we went so far as to require honesty from politicians!

*I borrow the term “Newage,” which rhymes with “sewage,” from Lama Surya Das to distinguish between solid and dubious New Age teaching.