America please, seriously, stop saying, “This is not who we are.” That statement is 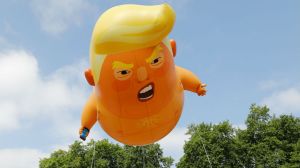 categorically false. This is precisely who we are: a country that has elected a serial sex offender; a small minded, profoundly mentally ill, petty dictator President of the United States. We have filled Congress and the Courts with people who think this is a great idea; we have a malignant, obstructionist, pathological liar leading the Senate; and a woman who should be posing for advertisements for the local assisted living center leading the House of Representatives. A significant number of people running for President in the Democratic Party are or soon will be wearing adult diapers, making that job the only one we feel our elders are fit to do because we sure aren’t hiring them in the private sector to mentor young people.

WE THE PEOPLE created this mess, WE THE PEOPLE are responsible for it, and this certainly is precisely who we are. Before you start shouting that Hillary won the popular vote, I would remind you of four things. (1) Most Americans didn’t vote. (2) She won by less than one percent of our population, a stridently unimpressive margin. (3) We allowed the DNC to torpedo the campaign of Bernie Sanders so that someone who was, at best, a second choice power broker could lose the Presidency. (4) WE THE PEOPLE created the system that allows the person who lost the popular vote to inhabit the White House and WE THE PEOPLE are either unwilling or unable to change that system. So, yes, this is precisely who we are. 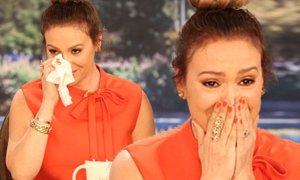 All of the ugliness, the confederate flags, the children in concentration camps, imperialistic foreign policy around the globe, all of the misogyny, even Alyssa Milano trying to resurrect her flagging career by hoping that we will forget that actors can cry at the drop of a hat – it is precisely who we are. Denying it isn’t going to help because denying reality never helps. Protesting it isn’t going to help, because protesting simply burns off the energy that might be used to effect change.

As Thomas Merton pointed out when he wrote  …for, you see, when “I” enter into a dialogue with “you” and each of us knows who is speaking, it turns out that we are both Christ… the only way to change this is to enter into dialogue with our neighbors. That dialogue need not be about things of any substance, because what is needed is relationship. You can’t build relationship by entering into it with a political agenda, you build it by entering with no agenda beyond getting to know your neighbor. It takes time, it’s messy, and we are not always successful – but it is the only way to build relationships, decrease suspicion and mistrust, and begin to see one another as human beings rather than political pawns.

Many of us subscribe to the religion of politics, and it is an idol just as surely as golden calves are idols. Politics is a human construct and as such has only the power we give it. Relationships, on the other hand, are the point of human existence. We need to develop these relationships not only with those who are our physical neighbors and therefore are 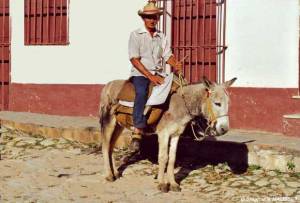 probably very similar to us, but most especially with those who live across town and whom we perceive to be different from us – because they are not, and we need to overcome that mistaken belief. Most of all we must come to see that, as Thomas Merton pointed out in No Man is an Island, “…truth never becomes clear as long as we assume that each one of us, individually, is the center of the universe.” We need to get off of our asses, and start building relationships.

One thought on “Stop Saying, “This Is Not Who We Are.””